The Alien Donut Minion's appearances are just the same body and color of a donut minion, except that their colors are inverted. 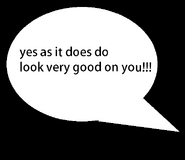 A speech bubble decal from Food Orb 10 when an Alien Donut minion says that Alien Donut's bowtie looks good on him. 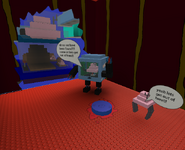 An Alien Donut Minion compared to the giant minion from Food Orb 6.

The sign decal image of the forgotten/scrapped obstacle idea.
Add a photo to this gallery
Retrieved from "https://the-food-orb.fandom.com/wiki/Alien_Donut_Minion?oldid=7967"
Community content is available under CC-BY-SA unless otherwise noted.