Start a Wiki
Boydjrocker is one of the Robloxions who save DeliciousBakedPie in Food Orb 2 - Japan along with Red412, Micky455 and Spencergamer. Boydjrocker only made only 1 Orb Game called the Deadly Dark Dominus. The main villain that was in that game was Evil Mentor. He once turned into a hater of the Orb Community a long time ago. Months later Boydjrocker became mostly a forgotten character, and not much is talked about him.

In Boydjrocker's classic old Orber form, he appears to have white-colored skin, a hatbot colored black with a green stripe across it and is wearing a black shirt applying "PRO!" and "sup" on the front. He is also wearing pants very similar to Tinfoilbot's, which are dark grey pants with black shoes. 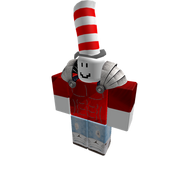 One of Boydjrocker's Orb Game thumbnails, with Evil Mentor only shown in it. 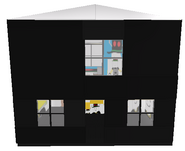 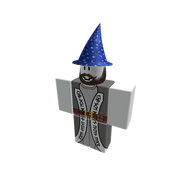 One of Boydjrocker's new outfits involving a wizard. 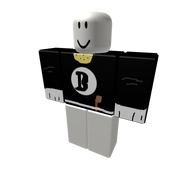 One of Boydjrocker's orber shirts that were a part of Super Boyd, his superman-like counterpart.
Add a photo to this gallery
Retrieved from "https://the-food-orb.fandom.com/wiki/Boydjrocker?oldid=7312"
Community content is available under CC-BY-SA unless otherwise noted.