Start a Wiki
Evil Donut is the first-ever Food Orb character to be made, and the main villain of the series. He always attempts to try and capture DeliciousBakedPie, but seems to always fail at the end of a level.

Evil Donut's appearance is a plain sugar donut, with black stick arms and legs. He appears to have only one eyeball in the front middle, but doesn't on the back.

He first appeared in Food Orb 1, along with only his minions. It is quite unknown why he wants to capture DeliciousBakedPie and there is no information on why.

Evil Donut took captive in his built mech called The Donutmegatron in Food Orb 20, which was the final boss battle in the entire series.

Evil Donut is probably one of the only fictional characters in the Food Orb series to have his/her age revealed. In Food Orb 10, in the river of goo obstacle, there is a birthday card floating in it with text saying "HAPPY 45th BIRTHDAY EVIL DONUT!". It is unknown what all the other Food Orb team member's ages are.

In the Dark Orb Series made by Tinfoilbot, Evil Donut appeared in Dark Orb 10 as a minor character. At the level inside the rocket where you are at the giant fridge, go to the left side of the giant fridge where Ralph the Roach is located at. You can cleary see a jam donut stuck to the side of the fridge. Use a gravity coil or speed coil to touch the jam donut. When you touch the jam donut, you will get teleported into a room that looks like Evil Donut's lair, but in Tinfoilbot's drawn-way. You will find Evil Donut in Tinfoilbot's version, but in a cage. There is a badge that has Evil Donut on it, but is not available anymore, because Tinfoilbot lost his BC while he had to leave from ROBLOX, due to a heart disease.

It is slightly known that Evil Donut actually had parents from the past. Evil Donut's Parents were seen in Food Orb 0 as mutating donuts, and in Evil Donut's Lair Exploration in a photo on the shelf next to Evil Donut's bed. The photo was an easter egg, and over severals people have found it. There is also a model that has a young version of Evil Donut, including his parents with the same accessories. The model was never seemed to be used in any of the Food Orb games. 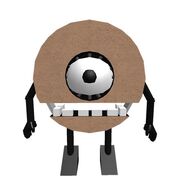 The animatronic version of Evil Donut, made by Draggyy.

Metal Donut, an Evil Donut-based character made by Firespine345. The character is now to be used by Tinfoilbloxion for Mecha Orb.

Evil Donut inverted. This ends up making it look very alike to that of Alien Donut.

Evil Donut inside the Donutmegatron suit from Food Orb 20.

Evil Donut in the twist picture from Food Orb 17 - The Hackjacker Strikes. 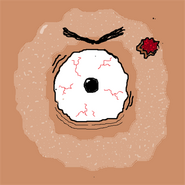 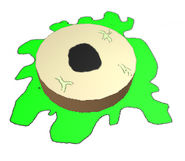 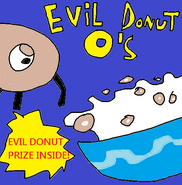 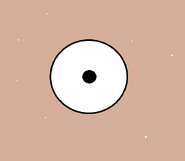 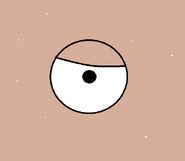 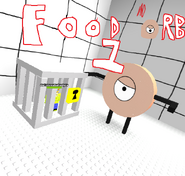 The first thumbnail with Evil Donut and DeliciousBakedPie in it. 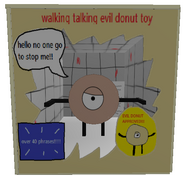 A toy of Evil Donut, made by DeliciousBakedPie. 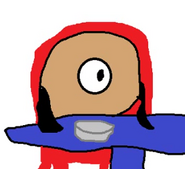 Evil Donut in the WTFDELIWAFFLES.avi video, made and drawn by thomasfan099. 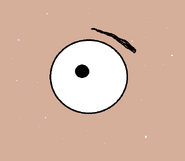 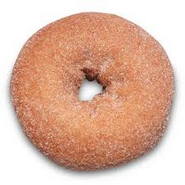 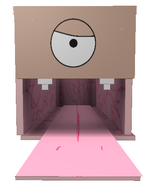 A giant Evil Donut entrance monster. This probably reveals he has 2 fangs. Appears in Food Orb 7.

The attack of evil donut
Evil Donut as he appears in DeliciousBakedPie's first Youtube video.

The attack of evil donut 2
Evil Donut as he appears in DeliciousBakedPie's second Youtube video.

The attack of evil donut 3
Evil Donut as he appears in DeliciousBakedPie's third Youtube video.
Add a photo to this gallery
Retrieved from "https://the-food-orb.fandom.com/wiki/Evil_Donut?oldid=8097"
Community content is available under CC-BY-SA unless otherwise noted.