Food Orb 7 is the seventh game of The Food Orb Series. It is created on 4/8/2014. This game is a classic compared to the other games in the series. The game has 3 badges. In this game, Evil Donut cages DeliciousBakedPie in his weird world again and you have to get past obstacles in his world to save him. Near the end, Evil Donut drinks a potion to make himself a giant. There is also a funny bonus ending at the end of the game.

"Note: This is a Tinfoilbot-like game. Credit goes to Tinfoilbot for some of the decals and the references and models and everything else. Credit also goes to thomasfan099 and skiing2013 for Evil Waffle and Evil Cracker.

story: ounce upon a time deliciousbakedpie was playing in hes room until evil donut has caught him for the 7th time. evil donut trapped deliciousbakedpie in his weird world and u gotta save him now!!!!!! in this game evil waffle and evil cracker joins the food orb team!!!

note: people who thumb this down are tin haters or jealous people"

The music that is used in Food Orb 7. The audio is called Vodgreen's World 2. The song is made by Tinfoilbot. 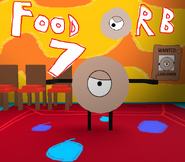 An ad for Food Orb 7 that used to appear on the ROBLOX website. 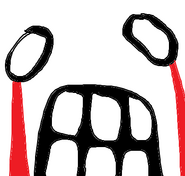 A backdrop with a cameo of Alienmare in it from Nightmare Orb, an orb series by Uglygarlic.

A dark background with a cameo of Evil Cracker in it, faceless.
Add a photo to this gallery 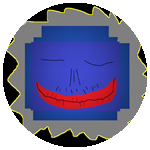 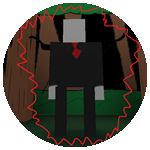 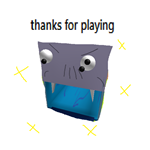 welcome badge
Add a photo to this gallery
Retrieved from "https://the-food-orb.fandom.com/wiki/Food_Orb_7?oldid=8063"
Community content is available under CC-BY-SA unless otherwise noted.