Greenboy Orb 4 is the fourth game of The Greenboy Orb Series. It is created and published on 6/18/2015. The game has 3 badges. In this game, Greenboy and his teammates capture DeliciousBakedPie and fossilize him inside a museum called the Evil Museum.

"Note: This is a Tinfoilbot-designed game. Credit applies to Tinfoilbot for all the inspiration and detail to make Greenboy, Purple Monster, and the monsters/theme. Credit goes to BadTheBloxxer for his tar obstacle idea. Credit also goes to everyone else for their stuff if they are in this game.

story: ounce upon an time deliciousbakedpie was studying fossils in hes room until greenboy took him and stuck him inside a fossil for him to harden and get stuck in there forever!!! you do got to go to the evil museum where deliciousbakedpie is in to break him out of the fossil before it hardens!!!! there also is one secret badge in this game that is scary, can you find it???" 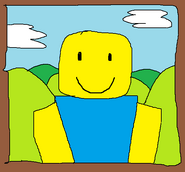 A map of the Evil Museum. 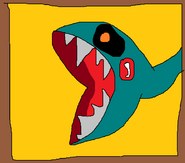 The head of a weird snake painting. 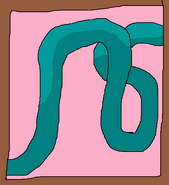 The body of a weird snake painting. 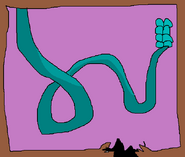 The tail and rattler of a weird snake painting.
Add a photo to this gallery 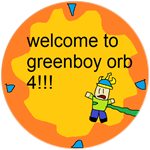 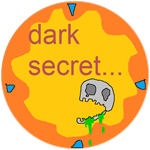 the dark secret of the evil museum 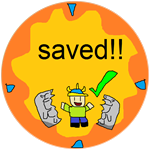 you finished greenboy orb 4!!!
Add a photo to this gallery
Retrieved from "https://the-food-orb.fandom.com/wiki/Greenboy_Orb_4?oldid=8396"
Community content is available under CC-BY-SA unless otherwise noted.