"Note: This is a Tinfoilbot-designed game. Credit applies to Tinfoilbot for all the inspiration and detail to make Greenboy, Purple Monster, and the monsters/theme. Credit also goes to everyone else for their stuff if they are in this game.

story: ounce upon an time deliciousbakedpie was in hes room walking back and forth wondereing what to do until greenboy did capture him by using an claw that is used to capture people and transported them to the blimp!!! the blimp is darkmans idea which was do from the cutscene ending part that it from greenboy orb 5 and now you got to save deliciousbakedpie from the evil blimp tha is flying in the air!!!! you do got to hurry or else greenboy will soon do unleash deiciousbakedpie in the cage and it will do make him fall into an vollcnao!!!!

addition: there is an blimp buffet restaurent tha is to buy the gamepass to!! it does have vending machine where you can get food and drinks fromn there!! and you also get to do meet blimpy which is the mascot!!"

The Arcade wallpaper, which features a foil texture.

The game thumbnail, without the text/FX/volcano. 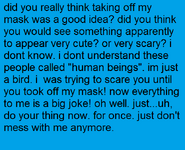 The big block of text that shows up if you remove the mask in ROBLOX Studio.

The arcade logo of Flappy DBP, a spin-off of Flappy Bird. 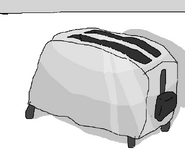 A detailed painting of a toaster inside Spinny, the giant bird monster.
Add a photo to this gallery 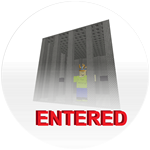 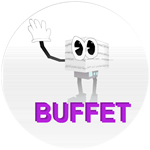 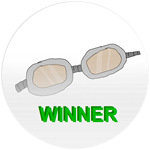 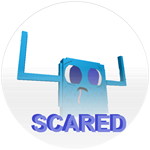 scared bluegal badge
Add a photo to this gallery 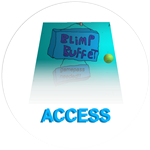 access to blimp buffet (available!!!)
Add a photo to this gallery 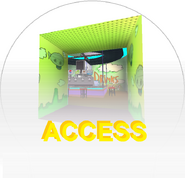 access to blimp buffet (available!!!) (Old version)
Add a photo to this gallery
Retrieved from "https://the-food-orb.fandom.com/wiki/Greenboy_Orb_6?oldid=8552"
Community content is available under CC-BY-SA unless otherwise noted.