The Hackjacker's appearance is a giant metal robot with large cannon arms. There is a rocket booster on the bottom, and does not have legs. There is a light-blue shiny diamond on his chest, which is known to power him up. There is a little door in his back, which is revealed to be a case for batteries near the end. The Hackjacker has a spring neck, with a square head with green-glowing eyes with red spirals on it, along with a robot square-patterned mouth. He also appears to have ears on the sides of the head. 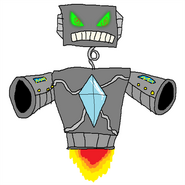 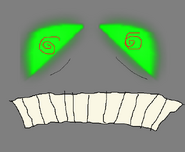 Even the Hackjacker can change emotions. 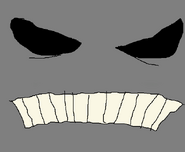 The Hackjacker at the end of Food Orb 17, shut off/broken down. 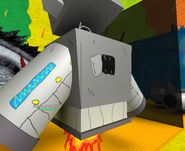 The Hackjacker as he appears in the beginning. 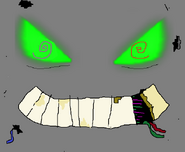 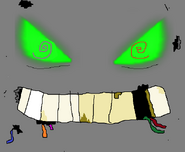 A scrapped Revived Hackjacker decal. This face looked very weird to DeliciousBakedPie, so he remade it. 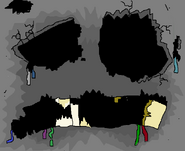 The Revived Hackjacker's face after being blown up. 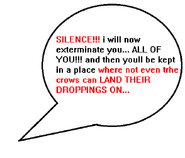 The Hackjacker in Food Orb 17's game icon.
Add a photo to this gallery
Retrieved from "https://the-food-orb.fandom.com/wiki/The_Hackjacker?oldid=8532"
Community content is available under CC-BY-SA unless otherwise noted.